Sessions in the Molonglo Theatre will be livestreamed

AAC2022 has a free, official app through Whova, which you can download and use to view the program, plan your schedule, network with other attendees, and more.

After downloading the app, use the email address you used to register for the conference to sign up. 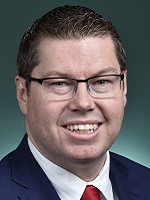 Minister for International Development and the Pacific

The Hon Pat Conroy MP was elected to Australian parliament and the House of Representatives at the 2013 federal election as a member of the Australian Labor Party. He was appointed as Shadow Assistant Minister for the portfolios of infrastructure and climate change and energy. After the 2019 federal election, he was promoted to Shadow Minister for International Development and the Pacific as well as Shadow Minister assisting in the portfolios of climate change, defence, and government accountability. Following the election of the Australian Labor Party in May 2022, Minister Conroy was appointed as the Minister for Defence Industry and Minister for International Development and the Pacific. 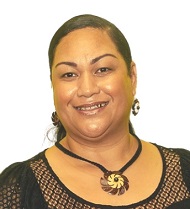 Director of the Women and Children Crisis Centre Tonga

‘Ofakilevuka (‘Ofa) Guttenbeil-Likiliki is an Oceanic feminist researcher and storyteller/filmmaker, a women and children’s rights advocate and the Director of the Women and Children Crisis Centre in Tonga. She is a facilitator and trainer in human rights, gender equality/equity, and women’s leadership across the Oceanic Pacific and an adviser to the International Women’s Development Agency. ‘Ofa has been nominated twice for the US Secretary of State International Women of Courage Award for her activism and advocacy for women and children’s rights in Tonga. ‘Ofa has contributed to research on women’s political participation, and the impact of COVID-19 on women’s economic empowerment in Tonga. In 2019, she led research with 35 women leaders across the Oceanic Pacific, titled ‘Creating Equitable South-North Partnerships: Nurturing the Vā and Voyaging the Audacious Ocean Together’ that boldly calls for the reimagining of Global South-North relations in international development and humanitarian aid spaces.

‘Ofa will deliver the Mitchell Oration, ‘Enough is enough: audaciously decolonising the development and humanitarian nexus’. 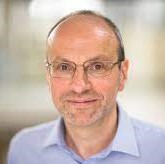 Stefan Dercon is Professor of Economic Policy and Director of the Centre for the Study of African Economies at the University of Oxford. Combining an academic career with long experience in international development policy, he is a former DFID chief economist and a policy advisor to the UK foreign secretary. His latest book, ‘Gambling on Development: Why some countries win and others lose’ was published in May 2022. It draws on his academic research as well as his policy experience across three decades and 40-odd countries, exploring why some countries have managed to settle on elite bargains favouring growth and development, and others have not.

Stefan will be presenting online. 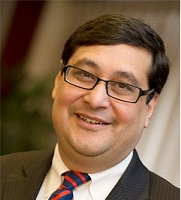 Trustee of The Asia Foundation and Dean Emeritus and Professor of International Relations and Earth & Environment, Boston University

Dr Adil Najam is the inaugural Dean of the Frederick S. Pardee School of Global Studies and Professor of International Relations and of Earth and Environment at Boston University. Earlier, Prof. Adil Najam served as Vice Chancellor of the Lahore University of Management Sciences in Lahore, Pakistan and as the Director of the Boston University Pardee Center for the Study of the Longer-Range Future. His research focuses on issues of global public policy, especially those related to global climate change, South Asia, Muslim countries, environment and development, and human development.

Professor Najam was a co-author for the Third and Fourth Assessments of the Intergovernmental Panel on Climate Change (IPCC); work for which the scientific panel was awarded the 2007 Nobel Peace Prize for advancing the public understanding of climate change science. In 2008 he was invited by the United Nations Secretary-General to serve on the UN Committee on Development (CDP). In 2010 he was awarded the Sitara-i-Imtiaz (Star of Excellence), one of Pakistan’s highest civil awards by the President of Pakistan. In 2019 he was appointed to the Prime Minister of Pakistan’s Advisory Council on Foreign Affairs.