The program is available here and the abstracts book, here.

All sessions in the Molonglo Theatre were livestreamed and the videos can be found here.

The 2020 AAC has a free, official app through Whova, which you can download and use to view the program, plan your schedule, network with other attendees, and more.

After downloading the app, use the email address you used to register for the conference to sign up, or use the event invitation code: AAC2020. 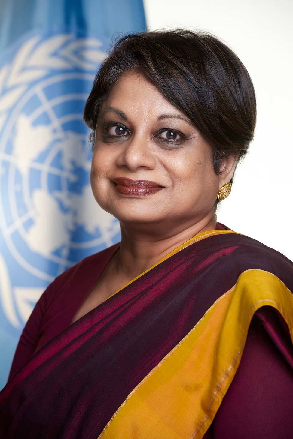 Radhika Coomaraswamy received her BA from Yale University, her J.D. from Columbia University and her LLM from Harvard University. In Sri Lanka, she was Director of International Centre for Ethnic Studies from 1982 to 2005 and the Chairperson of the Sri Lankan Human Rights Commission from 2003 to 2006. Recently, from 2015-2018, she was a member of the Constitutional Council.

Earlier, from 1994 to 2003, she was the UN Special Rapporteur on Violence against Women, an independent expert attached to the UN Human Rights Commission in Geneva.

In 2015, the UN Secretary General asked Radhika Coomaraswamy to lead the Global Study to review the fifteen year implementation of Security Council Resolution 1325 on Women, Peace and Security.

In 2017 she was appointed to the UN Fact Finding Mission on Myanmar and also appointed as a member of The Secretary General’s Board of Advisors on Mediation.

Dr Coomaraswamy will deliver a keynote speech on the evolution of the women peace and security agenda both within the Security Council of the United Nations and the different agencies of the international system.

Jonathan Glennie is a writer and practitioner on international poverty and human rights, looking at the changing nature of aid and development cooperation as dominant paradigms and global economic relationships evolve. Until recently, he was Director of the Ipsos Sustainable Development Research Centre where he led the company’s growing portfolio of research on international and sustainable development.

Previously he was Director of Policy and Research at Save the Children UK and Country Director of Christian Aid in Colombia. Between 2010-14 he led ODI’s research and policy advice on the future of aid and development cooperation.

Mr Glennie will deliver a keynote speech on “The future of aid in the 21st century: five paradigm shifts”. Lant Pritchett is a development economist from Idaho. After graduating from BYU with a BS in Economics in 1983 he attended MIT and received his PhD in 1988. He worked for the World Bank from 1988 to 2007, including living in Indonesia from 1998 to 2000 and in India from 2004 to 2007. He also taught at the Harvard Kennedy School from 2000 to 2004 and from 2007 to 2018. He is now a double retiree, affiliated with Oxford’s Blavatnik School of Government. He has published six books, been part of the team of two World Development Reports (1994 and 2004), and written over a hundred journal articles, book chapters, and working papers with over fifty different co-authors. He has written on a range of development issues including: economic growth, education, labor mobility, state capability, health, development assistance, social capital, population, international trade, safety net programs and methods of project evaluation.